Quadcopter fails to take off after replacing propeller

Quadcopter fails to take off after replacing propeller blade 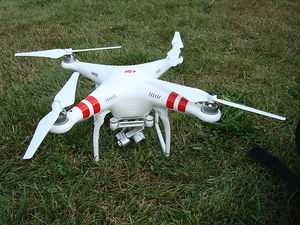 Most quadcopters come with replacement propeller blade kits that either push fit or are screwed on. If you've replaced a propeller blade and the copter no longer flies, yet it flew perfectly until the blade was changed you almost certainly have replaced it with a blade with the feather of the blade set in the wrong direction.

The blades are angled to oppose each other so if you've replaced the blade with one angled in the wrong direction it will be acting against its partner blade and counteracting any lift.

Most blades are marked on the top, replace it with one similarly marked or just compare it with the blade you removed if you have.

As a last resort, you should definately have two blades turning one way and two turing the in the other direction when you blow on them.