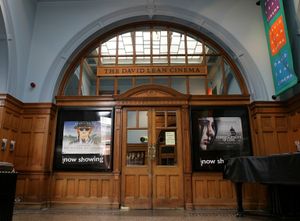 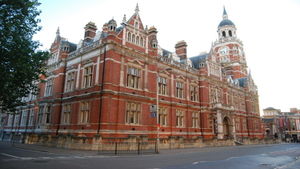 Following a long campaign by dedicated supporters, the David Lean Art Cinema has been re-opened. The David Lean Cinema is in the Croydon Clocktower learning and cultural complex (library, museum, CALAT) on Katharine Street, located between the Town Hall and the Spread Eagle pub.

How the cinema was saved

The Save David Lean Cinema Campaign started in May 2011.

This was a non-political campaign for all who wanted to see the David Lean Cinema open. From 1995 to April 2011, it offered a welcoming environment where its loyal patrons could discover the best of British and World cinema, as well as classic re-releases and recent favourites. It was closed as part of major arts-related cuts by Croydon Council. From December 2011 to January 2014, the Campaign screened around 70 films in the Spread Eagle and in other venues, which enabled us to build up our support base and mailing list. Eventually, we were invited by the Council to start presenting films in the David Lean Cinema. We began on 27 March 2014 and we now generally present nine films or more a month, mostly staffed by volunteers. Early in 2015, we became a Community Interest Company. Our goal remains to see the David Lean operating as fully functioning cinema with screenings on at least six days a week, but this would need support from the Council.

Do you want to assist with running the David Lean Cinema?