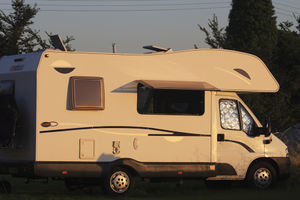 This campervan had a really bad squeal when ticking over

Sounds like a water pump bearing or a slipping fan-belt

The first time we used our Fiat Ducato 2.0l diesel campervan [40k miles], we noticed a really bad squeak, similar to a badly worn water pump bearing or a faulty alternator bearing or even a slipping drive belt. The noise only occurred when ticking over, and was intermittent. The moment the engine revs. were raised, the noise would stop.

I returned it to the dealer we bought it from who said it was the exhaust, which sounded very odd to me but when I picked it up, the noise had gone so I took their word for it.

You've guessed it - the problem returned a week or so later. After chatting to another auto-mechanic, he told me that this series of diesel engines have a terrible problem with squeaky exhausts and suggested a way to prove it was the exhaust system was to just put your foot on the exhaust tail-pipe when the noise is happening. Sure enough, it stopped! I read lots about faulty exhaust gas recirculation valve/relay units and was convinced that might be the problem but the noise was under the engine, not by the recirculating valve assembly.

Replacing all of the rubber exhaust hangers has completely cured the problem. 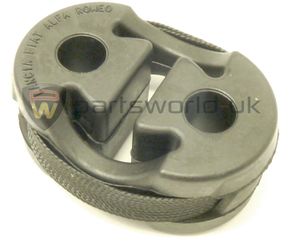 These beauties fixed the problem
Retrieved from "https://www.conversion-converter-calculator.com/w/index.php?title=Fiat_Ducato_2.0l_diesel_squealing_on_tickover&oldid=2133"
Category: