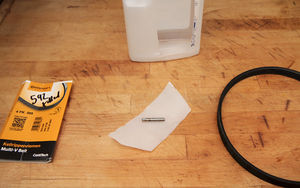 So simple in the end, a broken drill bit and a piece of plastic cut from a Flash bottle 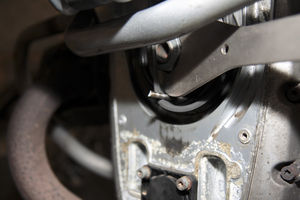 the (5mm?) drill bit prevents the belt from slipping off 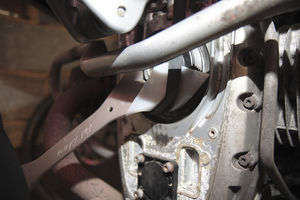 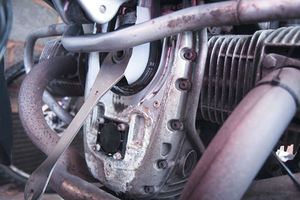 Slide a plastic strip under the belt

Like you, I scoured the Internet for a DIY solution to this and the common answer seemed to be the one using an adjustable wrench. My largest adjustable is 30mm but I do have a thin 36mm bicycle spanner which fits the lower nut with a little play.

After spending a few fruitless hours and putting nicks in my nice new belt I eventually came up with a solution which took a few minutes. I refitted the damaged belt twice just to prove that it was easy to do. I fitted another new belt the next day with no problems. This is how I eventually solved this problem.

How I fitted the GS1200 Alternator belt

If you have an assistant, you can probably dispense with the spanner altogether, just pop in into 6th gear and use the back wheel to turn the drive shaft. Be certain of your assistants co-ordination and mind your fingers if you chose this method!

The belt fitted to the bike originally was a 4 PK 592 (4 internal ridges and 592 mm internal diameter). The belt supplied as a replacement by Motorworks was a 4 PK 595, 3 mm longer. I called Motorworks and they confirmed that the 595 is what is fitted as a replacement. A quick Google confirmed this. I can't imagine trying to fit the 592 without the 'official' BMW tool, which seems unobtainable even if you have the UK equivalent of $200! 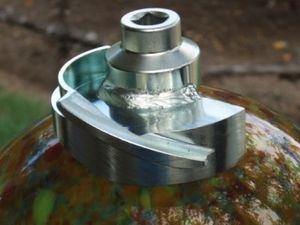 The GS1200 [2004 to 2006], maybe others has a 34mm nut on the lower pulley, the 1200R and 1100 seems to have a much smaller nut on the drive shaft so you may get away with the adjustable trick on those models. Most of the videos I've seen are for models with the a much smaller drive pulley 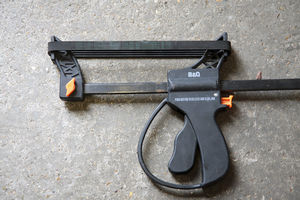 I also stretched the belt with a clamp for 5 minutes before fitting
Retrieved from "https://www.conversion-converter-calculator.com/w/index.php?title=Fitting_alternator_belt_to_BMW_GS1200_Motorbike&oldid=2017"
Category: