How to calibrate a Thrustmaster joystick on a Mac

How to calibrate a Thrustmaster joystick on a Mac 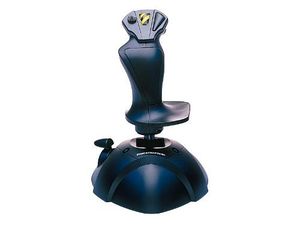 I recently discovered that Google Earth has a built in flight simulator! It also works with a joystick, even on a iMac (OS X El Capitan), fantastic news. So I now need a joystick.

After some experimenting I found the Thrustmaster USB would work with most versions of the Mac so I ordered one from Amazon UK (£9.99 Amazon Prime).

My joy was short lived once I actually started to use the joystick with the Google Earth Flight Simulator. The joystick calibration was horrendous and there is no trim adjustment. With the joystick in the centre position (no input) the 'plane' banks to the right and spins until it crashes. On a PC this is not a problem because there is a calibration program included with Windows. On the Mac there is no such thing, even as a downloadable app. I am miserable again.

I was at a point where the joystick was going to be thrown away as it was unusable, so I thought I would have a go at mechanically calibrating the joystick.

I should also point out that my past includes many years as an electro-mechanical engineer, so stuff like this holds no fear for me.

The up/down - left/right movements are controlled by two potentiometers (variable resistors). Normally these are held firmly in position with protruding tabs. My solution was to snap these tabs off and manually turn each potentiometer until the 'plane' is properly trimmed. It worked, rather well. Here's how I did it in more detail.

Although I stripped my joystick down completely in order to modify it, as the potentiometers have no securing nuts, they are just push-fit. It should be possible to prise them away from their mounting just enough for you to snap the lug off. 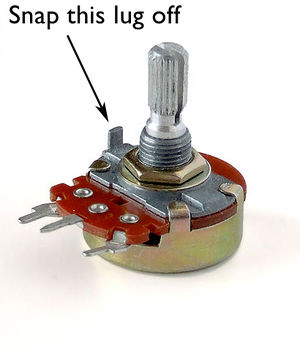 The locating lug needs to be snapped off 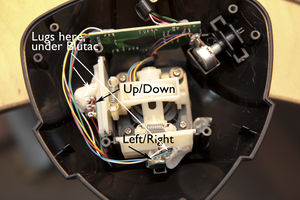