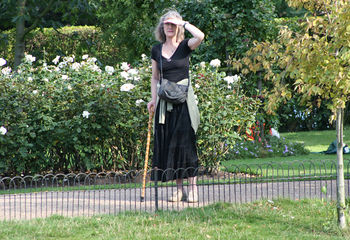 Who knows what the future holds?

Drafting your own Lasting Power of Attorney (LPA) (United Kingdom)

I've created this document in the hope it may assist others who find themselves in a similar situation.

When my mother was receiving social care at home during the final years of her life and she was having problems with home-help stealing from her, a social worker suggested that I should arrange for Lasting Power of Attorney (LPA) (Property and Financial Affairs) in order for me to manage her financial affairs, especially as dementia was going to be a future possibility.

‡ As of 2014 there seems to be plenty of companies offering to complete Lasting Power of Attorney forms for as little as £200 plus registration, however it is a simple procedure to do yourself, so why not save yourself £200?

After a little Internet research, it seemed that completing these forms successfully would just be a matter of careful reading and judicious form-filling. The penalty for an incorrectly completed form is sacrifice of the registration fee (£110). Compared to £1000 this seemed to me, a risk worth taking. Though as it transpired, I managed to complete the form successfully without penalties.

You can download the forms and a comprehensive guidance from The Office of the Public Guardian. I found it very useful to print all of the forms out before attempting to complete them and you will need to get the donor and witnesses to sign the printed forms so you can register them.

The Office of the Public Guardian now provides a service enabling you to complete the LPA forms on-line, which seems to be the easiest way to proceed.

What does Lasting Power of Attorney (LPA) actually mean?

Lasting powers of attorney (LPAs) in English law were created under the Mental Capacity Act 2005 of which copies are available online, and came into effect on 1 October 2007. The LPA replaced the former instructions of Attorney (EPA) which were narrower in scope. Their purpose is to meet the needs of those who can see a time ahead when they will not be able – in the words of the Act, will lack capacity – to look after their own personal and financial affairs. The LPA allows them to make appropriate arrangements for family members or trusted friends to be authorised to make decisions on their behalf.