Why I needed a craniotomy and a craniectomy neurosurgery

I suffered a subdural hematoma (bleed on the brain) while at holiday in Switzerland. This followed a bump on the head from diving into a small swimming pool and hitting my head on the other side of the pool. The bleed was probably exacerbated by the fact that I was on a course of Clopidogrel, a strong anticoagulant to ensure my cardio stents did not re-block.

The morning after I bumped my head I suffered a severe epileptic fit. With the assistance of the staff and owners of the nearby Hotel Aspen, an ambulance was called and I was taken to Interlaken hospital. Mid-way through the journey, I suffered another epileptic fit and the ambulance crew decided to call a helicopter as a quicker way to complete the journey.

At Interlaken, a CT scan was taken. I then had a third epileptic fit. The doctors at Interlaken thought it would be in my best interest if the operation was carried out at Bern Medical Centre, so another helicopter was called. 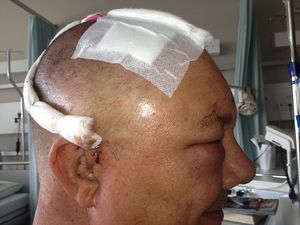 At Bern they took another CT scan and then performed a craniotomy. The scalp is opened, the skull around the problem area is removed, the bleed resolved and the bone-flap is screwed back onto the skull and the scalp is closed. In my case using 62 staples. 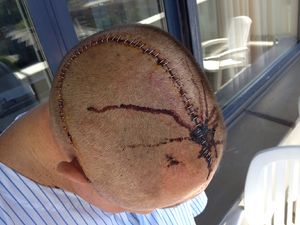 The operation was successful and I was repatriated to the Darent valley hospital, UK accompanied by a nurse. The journey was by ambulance to Belp , Skyworks turboprop to London City Airport and ambulance to our local hospital. Thank you Allianz!

After 4 days in my local hospital, the staples were removed and I was declared fit and discharged. I was fine for around 2.5 weeks until the incision began to get more inflamed and sore. Not knowing what I've since learned, I left this for a few days until it started to seep quite badly. One morning I felt quite unwell and when I discovered my temperature was 39° Celsius (102.2° Fahrenheit) I went to to Accident & Emergency. They performed another CT scan and the results transmitted to King's College Hospital who asked that I be transferred to them immediately for another operation. 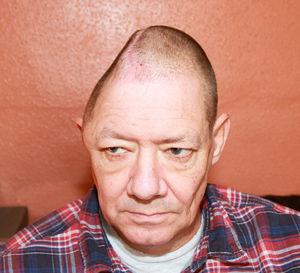 A craniectomy was performed at King's, where the bone flap was removed and discarded in case it was the source of the sepsis. The infected area was drained and flushed and the scalp closed using sutures placed wide apart to allow further drainage. During my stay I was given large amounts of Intravenous antibiotics. A PICC line was fitted to enable local nurses to administer Intravenous antibiotics at home and I was discharged from Kings. The District nurses visited morning and evening for six weeks to administer the antibiotic drip. 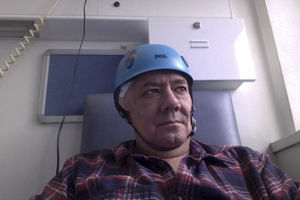 I was told that 6 to 8 months after the craniectomy a titanium plate will be fitted so I won't need to wear my protective helmet any more.

Two months after the craniectomy I received an outpatients appointment for King's College Hospital's Maxillofacial Surgery department. Somewhat confusing as the letter is headed Dental Hospital and makes no reference to cosmetic surgery following a craniectomy, however, Maxillofacial Surgery is the branch of medicine that encompasses cranial reconstruction. 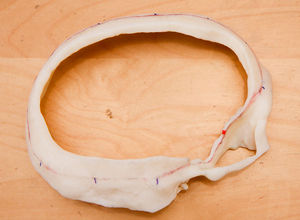 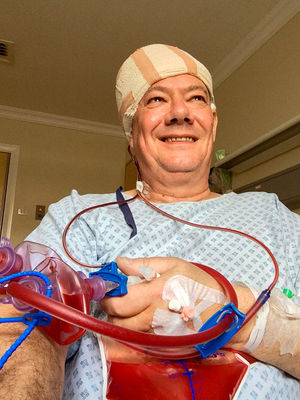 24/1/2014: Four months after the craniectomy, I have seen a consultant: the highly qualified and extremely personable Mr Rob Bentley. It appears that a titanium plate will resolve most of the current pain problems and should also make an improvement on the pressure headaches. He says that is able to perform the operation imminently, however, due to an acute bed shortage within King's College Hospital, he does not expect to be able to operate until 8 to 10 months time. That seems a very long time to be in a crash helmet - so much for the UK health service.

My partner has Bupa cover which includes spouses, a few telephone calls confirmed that the cranioplasty could be carried out under this agreement, and even better, by the same maxillofacial surgeon from King's College; Robert Bentley, using the same titanium reconstructive plate fashioned by King's College. 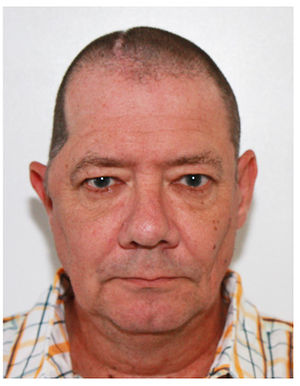 The operation was successfully carried out under Bupa at The Harley Street Clinic, Weymouth Street, London W1 on my day of admission. The operation lasted 4 hours and following an uneventful day's recovery in the critical care unit and a further day's monitoring, Rob Bentley removed the drain, answered all of my queries and I was then discharged with an appointment to return in two weeks to have staples removed. The pressure headaches have completely disappeared, and what might seem a trivial advance, I can now bend over without suffering a migraine.